A response to John Corvino, continued from Part 1

The Game of Risk

The legal line between small businesses and giant corporations is wide and well established, but anti-discrimination cases like the ones in question, all center around small businesses. Why? Could it be that small businesses are easier for states and state regulatory commissions to pick on?

Larger corporations are likely to have a team of lawyers on hand, but independently owned businesses may have none. Without the same legal standing or protections as corporations, when small business owners come under the radar of radical state commissions like Oregon’s Civil Rights Commission, they often fold altogether. Not only are the owners out of a job, they may be financially, reputationally, and creatively ruined. Those business owners have not been “educated” or “taught a lesson to,” their homes and holdings have been forfeit. They have been effectively obliterated from society, just as ancient Inquisitors did to so-called heretics.

As Roger Parloff pointed out in the March, 2017 New Yorker piece, Christian Bakers, Gay Weddings, and a Question for the Supreme Court,

“…From the standpoint of individual liberty, a mammoth corporation, such as Woolworth’s, is different from a mom-and-pop business. The regulatory machinery has been hesitant to tell individuals how to behave on their own premises, no matter how repugnant their behavior may seem. To this day, as Eskridge observes, the federal employment-discrimination laws do not apply to businesses with fewer than fifteen employees, and housing-discrimination laws do not affect owner-occupied buildings with four units or fewer…”

As an independent business owner and contractor, I absolutely value my ability to choose not to work with certain clients for any reason. They may be a pain to work with and a potential liability, and that liability and work outcome are my direct responsibility. I do not get to pass the buck, I do not get to hide in corporate shadows, and I can’t even be fired. Therefore, as any good business owner, I will pick and choose whom I work with very carefully and attempt to further protect myself and clients with fair contracts for us both. But those measures don’t offer protection against rapidly changing (and often unknown) laws or interpretations of them. Small business owners are screwed.

The main difference between a cake bought from the case, versus a custom-made cake via Cake Boss, is the risk and time and talent involved in the creation of the custom cake. If a generic cake gets accidentally dropped on the floor, there may be 5 more just like it in waiting. If a custom cake gets dropped, it’s a potential disaster (the worst part about watching Cake Boss is worrying those big cakes won’t make it to their intended destination in tact!).

It bears repeating that many of those who have won financial settlements against small business owners like bakers and florists, have done so without ever having a contract to begin with for customized creative services. Many cases do not end up in court, but are investigated (which is appropriate), prosecuted with the force of law (not appropriate), and legally penalized by certain state Civil Rights Commissions working independently from impartial judges, lawyers, etc. (really, really not appropriate).

We should not tolerate such behavior, particularly if we fancy ourselves as supporting small businesses. It’s legally outrageous, and sets a frightening precedent for small service providers who cannot always cope with the legal or media outcomes of major lawsuits or “legal” fines.

Some readers might respond to the above, “Well if business owners would only follow the law to begin with, they wouldn’t get in trouble.” Unfortunately, as we saw in part 1, state anti-discrimination laws are interpreted subjectively and, as we will see, are sometimes applied “unevenly.”

Mr. Corvino’s examples of Kosher and vegan bakeries not making bacon cakes or buttercream cakes for anyone (and therefore, no one), is a false dichotomy. Those bakeries have set professional limitations on what they will produce, based on sincerely held beliefs. It would be offensive to knowingly go into a Kosher bakery and ask for a bacon cake, or to ask a vegan baker for a meat pie, though they surely have the technical skills to produce such things. So how is it different when the bakery is a Christian one? Christian bakers also refuse to produce certain products based on sincerely held beliefs, but for them this is reprehensible, because their particular belief is culturally reprehensible.

In addition to anti-discrimination laws being culturally and judiciously haphazardly applied, I am angry by the underlying societal devaluation of creative talents and skills. It’s not “just a cake,” but a carefully crafted work of art, unless you are buying from a generic, big-box retail store.

It’s not “just photography” or “just a painting,” as if no real heart, imagination, or effort goes into these things. But customers really do know better; they are attracted to artistic works precisely because they are different. Customers can see the difference, and are willing to pay higher prices because of the quality and creativity involved. Not just anyone can make beautiful cakes. Not just anyone can take gorgeous pictures, and not just anyone can fix computers or human hearts. These things require serious investments of time, experimentation, specialized equipment, and education.

So when people imperiously declare that small business owners should “suck it up” and “perform” on command, so long as potential customers throw money at the owner/creator, it is incredibly insulting. It is, in fact, prostitution!

This scene from Les Miserables 25th Anniversary Concert Edition by Universal, shows that even Fantine, an actual prostitute, should still be able to choose with whom she works. The result of her refusal and self-defense, eerily echoes the legal retribution some shop owners have unfairly faced. This clip was taken from my legally purchased, home copy DVD.

In general, Americans love funky little shops and hole-in-the-wall restaurant discoveries. They are personable, more welcoming, custom-geared for certain clientele (like my new favorite local bar geared towards gamers, D20), and tend to have higher quality customer service and products. Customers love these places not just for the food or flowers or art (products), but also for the atmosphere (heart). These are places where memories are made with family and friends, as opposed to generic retail stores which supply general goods and public services.

Most anti-discrimination laws, therefore, make no sense when applied to privately owned small businesses. For proof, let’s define the confusing term, “public accommodations,” which has been broadly (and unusually) interpreted by Oregon’s Civil Rights Commission to mean essentially any place “the public” might be. However, according to Wikipedia,

“Title II of the Civil Rights Act of 1964 defines public accommodations as a limited number of facilities which are open to the public. Examples include hotels, motels, restaurants, theaters, and all other public accommodations engaged in interstate commerce; exempted private clubs without defining the term “private”.

In other words, privately owned small businesses are not generally considered “public accommodations”. 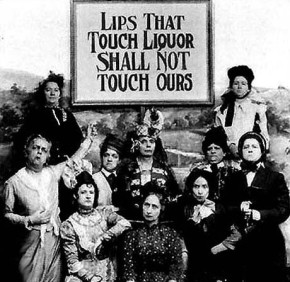 Lastly, let’s say just a word about prohibition and coercion and how the attempt to legalize something via these hard lines never, ever, ever, ever works. Ever. Even when the cause is noble, like protecting women and children from the abuse or neglect of drunk fathers. Even when parents are seeking to protect their kids from getting addicted to hard drugs, and even when we long to see all people treated the same everywhere because they are people (though you know, that road goes two ways).

Community and education are the keys to societal changes, albeit those things take much longer to implement and see progress. It isn’t as satisfying as exacting a kind of vengeance upon others who share the same ideas with people who may have hurt us, or our friends, or loved ones. But vengeance is not justice, and change only starts with an army of one.

*I had no idea when writing this that “Robot Overlords” was a real film. But now I do, and since it features Gillian Anderson (X-Files) and Ben Kingsley, I must watch it.