“As long as we have a man’s body, we play our Vanities upon it, surrounding it with humbug and ceremonies, laying it in state, and packing it up in gilt nails and velvet: and we finish our duty by placing over it a stone, written all over with lies.”

It has always been curious to me how, after someone has died, the memories of loved ones tend to whitewash the actions of the deceased, at least in words. We remember them not as they were, but as we wanted them to be. This culturally sacred cow of “never speaking ill of the dead”, comes down through the years of history from Chilon of Sparta, circa 500 BC (http://spartareconsidered.blogspot.com/2013/01/a-spartan-philosopher-chilon-wise.html), who first wrote the phrase, and then from the ancient pagan belief that to talk about the bad things a deceased person has done, will bring bad luck or worse on a home.

Our modern culture is not quite so superstitious, however the practice remains under the assertion of respect. But what if those bad things people won’t say (but are thinking) are true, not merely malicious gossip? 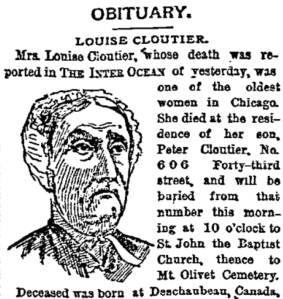 It is assumed that allowing the bereaved to say and think whatever they want or need to say or believe in their time of grief is beneficial to them. Besides, no one wants to further upset an already deeply hurting person. I have always wondered if the practice of issuing dishonest obituaries or eulogies at funerals is truly healthy. Is it good to pretend a person was someone they may not have been? Would it not be better to use a person’s life and death, as an example to those still living? As a call for positive change for a true life well lived?

There is a new trend of mostly younger people bucking this long tradition of saying “good-things-only” about the deceased. Take these truly honest obituaries, for example that sought to educate and bring good changes on issues like child abuse, heroin use, and more:

So what do you think, dear reader? Are honest obituaries a good idea, or should the past be buried with the dead?

For more information on the history of funeral customs and superstitions, see: